The Show Must Go On

If you work in the U.S., chances are you’re familiar with open enrollment. And if you’re an HR professional in the U.S., then you’re especially aware. That’s because every year open enrollment is the one thing on the HR calendar that can’t be missed. Like Tax Day for accountants, it’s the one event that happens rain or shine—or in the case of 2020, whether a global pandemic strikes.

For many companies, open enrollment is a major undertaking, requiring months of preparation, weeks of outreach, and numerous people to make sure employees understand the latest benefits offerings and make their elections before the enrollment period ends. It’s a massive amount of work that can tie up HR departments for weeks at a time.

Fortunately, open enrollment is one area ROI has lots of experience in. So when Adobe’s benefits team asked us to help them run their campaign last fall, we put on our thinking caps and started innovating. 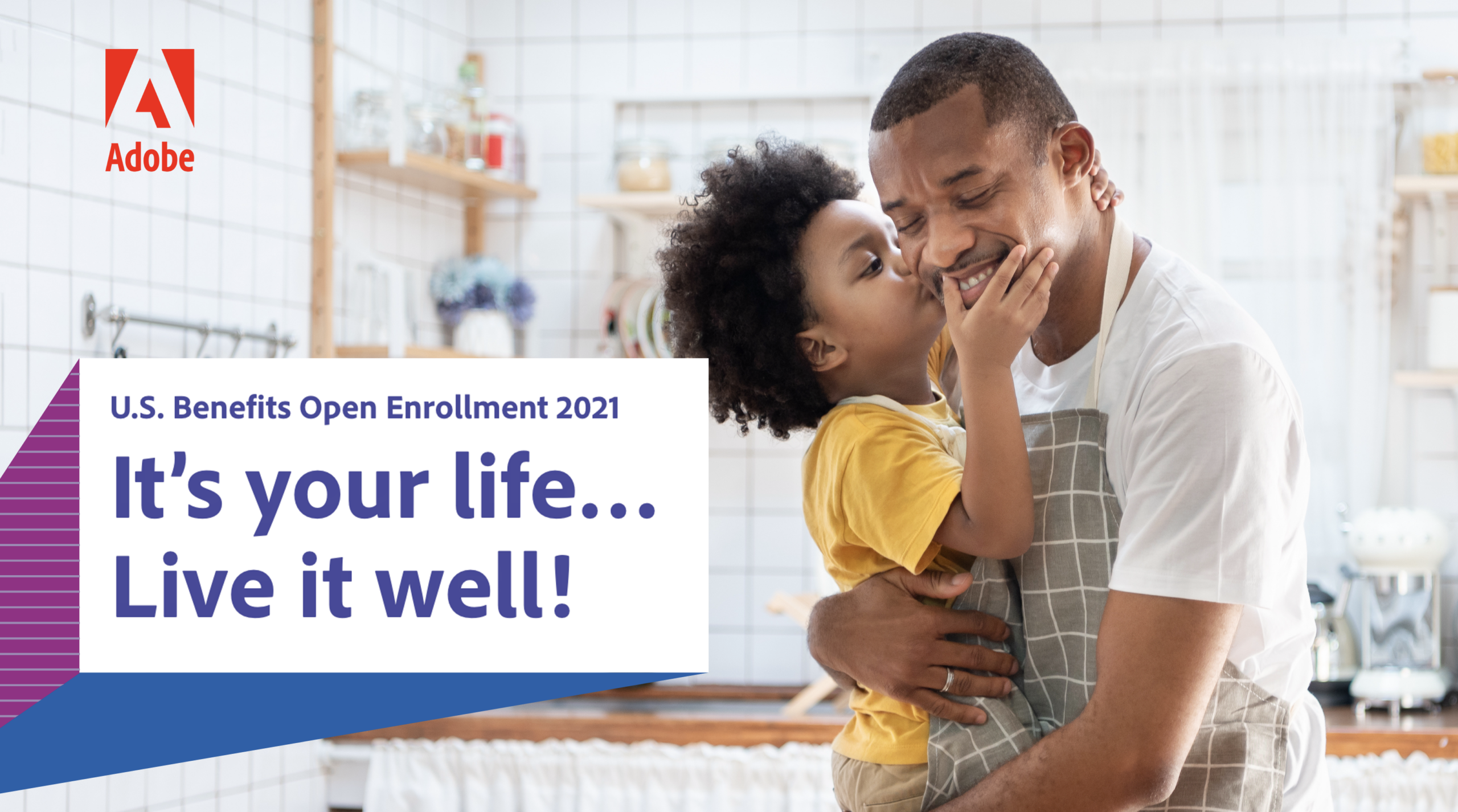 “Thank you, thank you, thank you… To the whole ROI team for bringing our benefit programs to life through your creativity, strategic vision, and true partnership. You have helped us create the story of how Adobe cares for our employees with a meaningful and engaging approach that highlights the Adobe community and our culture.”
– Mary Kay Gilhooly, Director, Global Wellbeing

Long before the COVID-19 pandemic hit, Adobe expressed a desire to reimagine how the company conducted its open enrollment so that more employees would participate. Increasing awareness was especially important last year because the company was switching to a new benefits platform, which would undoubtedly take getting used to, and there were several big changes coming that the benefits team was excited about, such as expanded cancer support, mental health support, and financial assistance.

But then the pandemic struck and suddenly many of Adobe’s plans had to be shelved. No longer could the company host in-person fairs like it had traditionally done or promote open enrollment in its offices since all the facilities were closed. Instead, everything had to be rethought, reworked, and conducted online. Still, this being open enrollment and all, the show had to go on.

Fortunately for Adobe, ROI has a ton of experience helping large organizations implement their open enrollment strategies, and we had already worked with Adobe’s benefits team on previous campaigns. But now we were being asked to take on a much larger role, and in a year when nothing was normal.

Knowing things would have to be different due to the pandemic, the first thing we did was pull together a team of people to brainstorm ways to reach employees using every resource available. No idea was too bold, and from that initial discussion a new plan arose, including an online chat show in which the benefits team shared their own personal benefits stories and explained the latest changes, which turned out to be a massive hit.

From there, we then coordinated every aspect of the campaign, developing strategic communication plans, creating home mailers, writing numerous emails and articles, conducting surveys, and even designing the set for the chat show. On top of that we also conceived the theme of the campaign and made sure the message connected to the topics employees would be most interested in. Titled, “It’s your life … live it well,” the theme became the campaign’s backbone, highlighting many of the benefits that would be useful to employees during a time when so much of their attention was on their health and well-being. 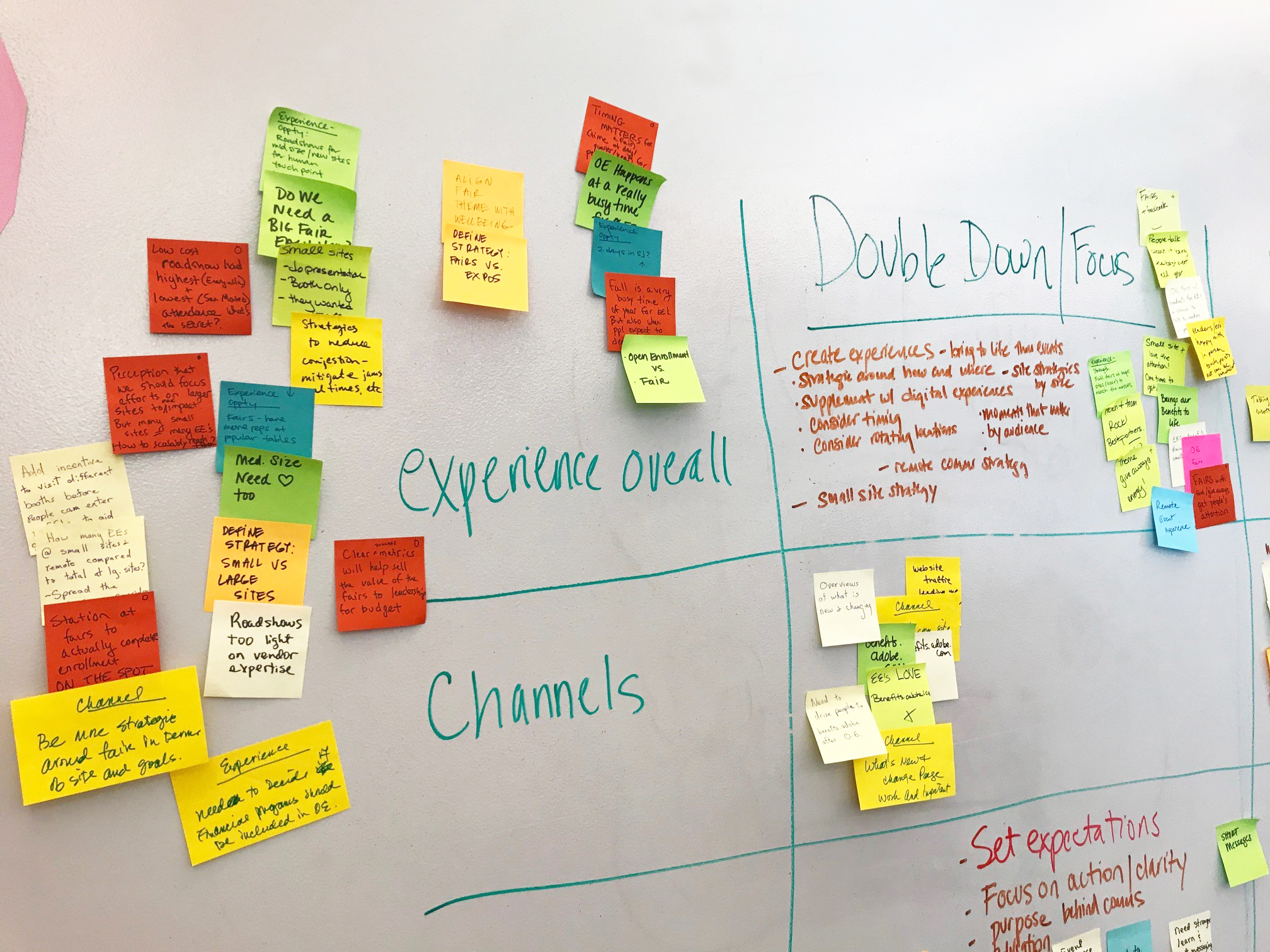 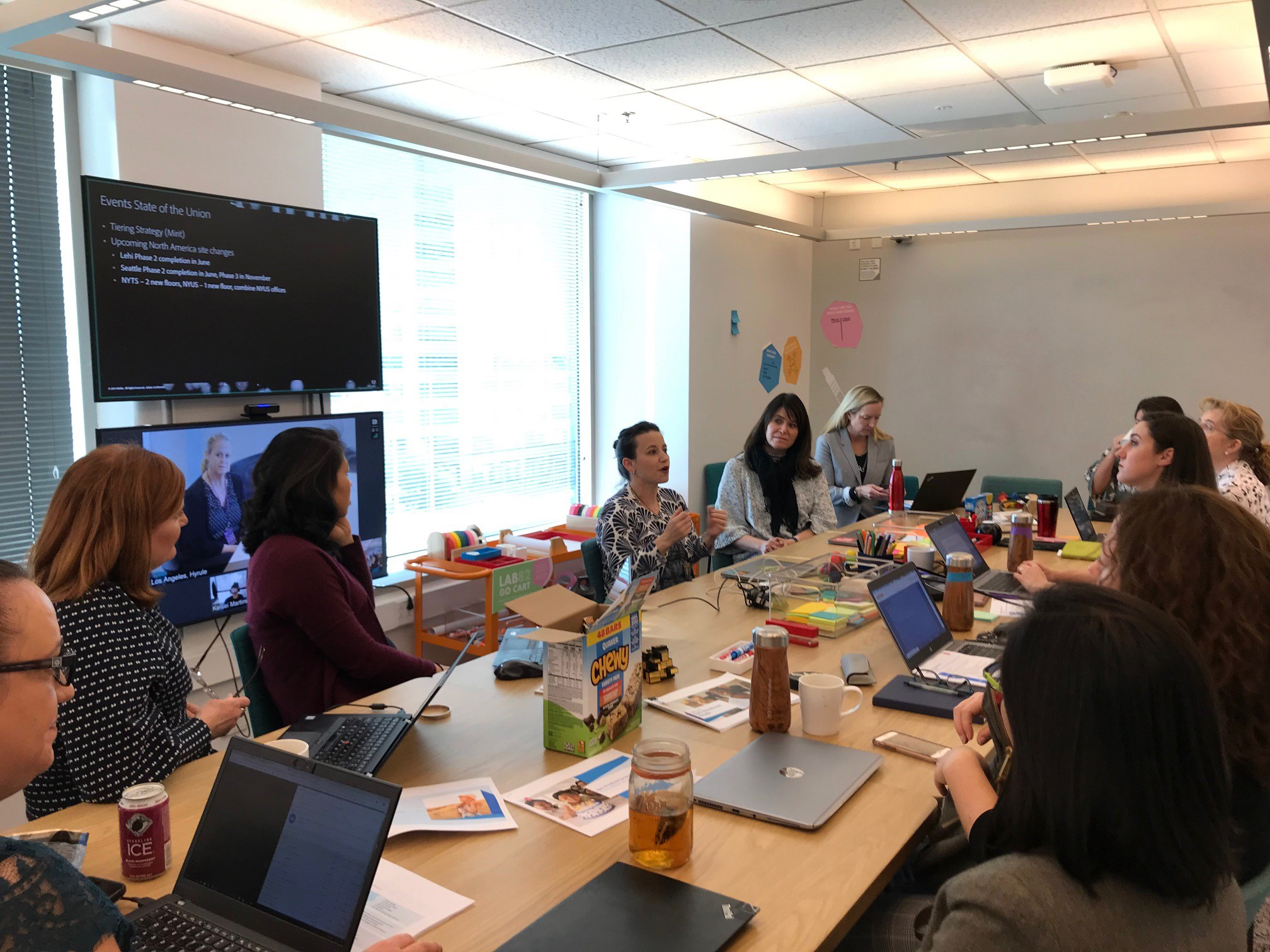 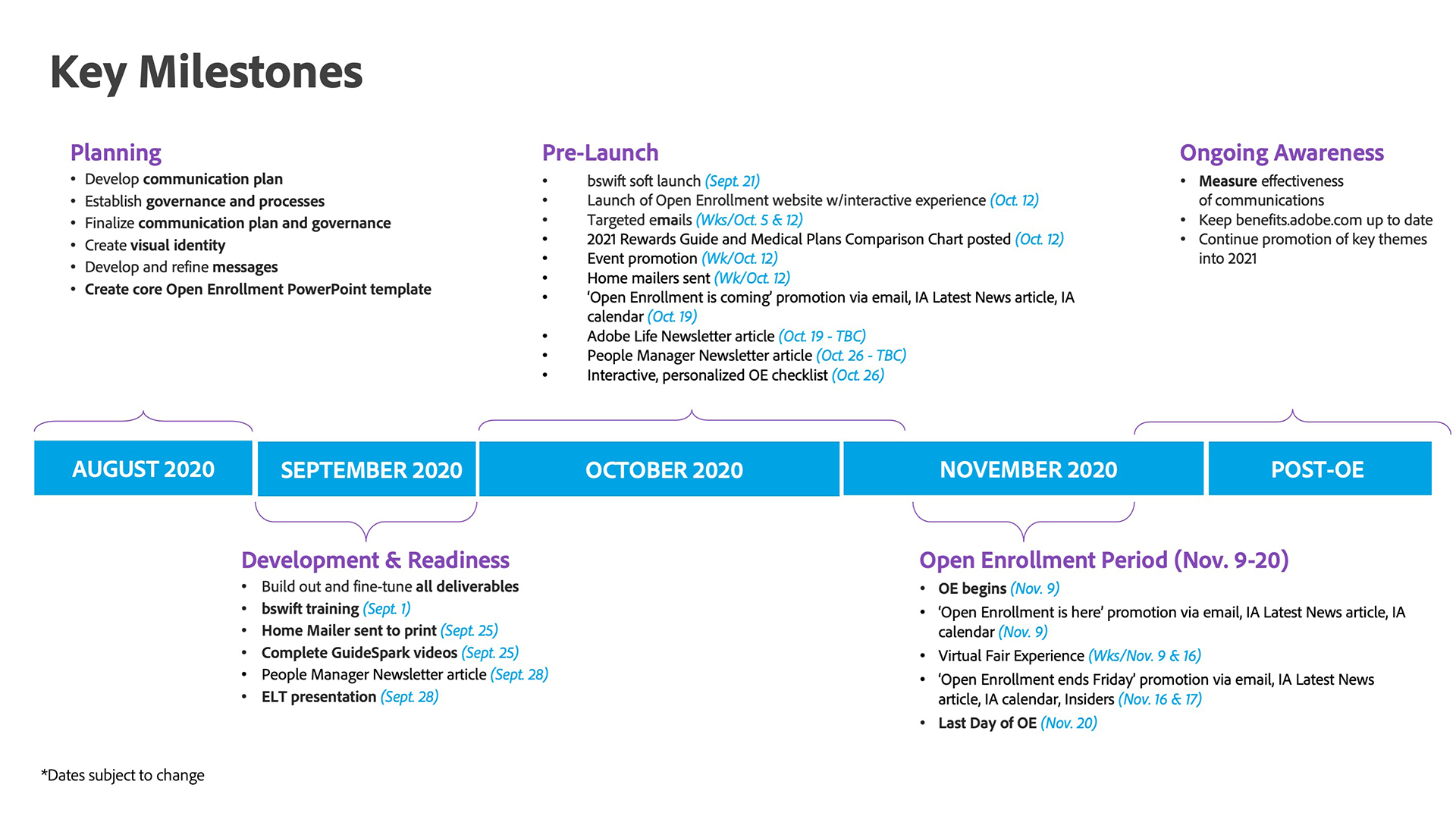 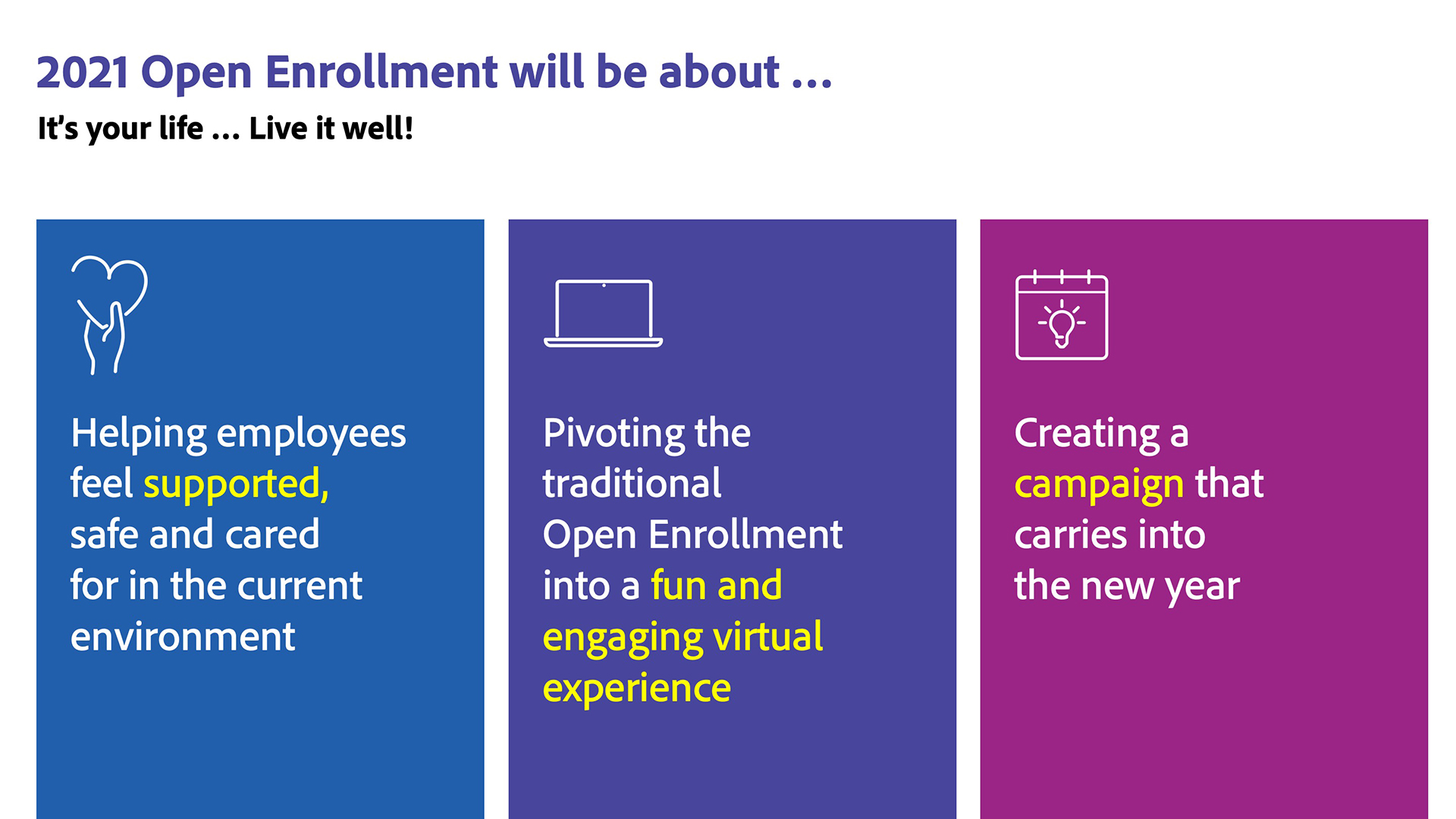 How it turned out

The 2021 campaign was a monster success. Roughly 75 percent of enrollees attended the new open enrollment chat show—a viewership that would make the major TV networks envious—and nearly 90 percent of survey respondents said the amount of information they received was just right, an increase of four points over the previous year, a big achievement considering all the limitations the pandemic created in reaching them.

Open enrollment and benefits web page views were also up a whopping 30 percent at Adobe, and most significant of all, actual enrollment increased nearly 10 percent, proving once and for all that when it comes to open enrollment, there’s no limit to the amount of innovating you can do. You just have to be willing to think big and have the right partners, because the show must always go on.

Digital, print and event materials made this campaign come to life 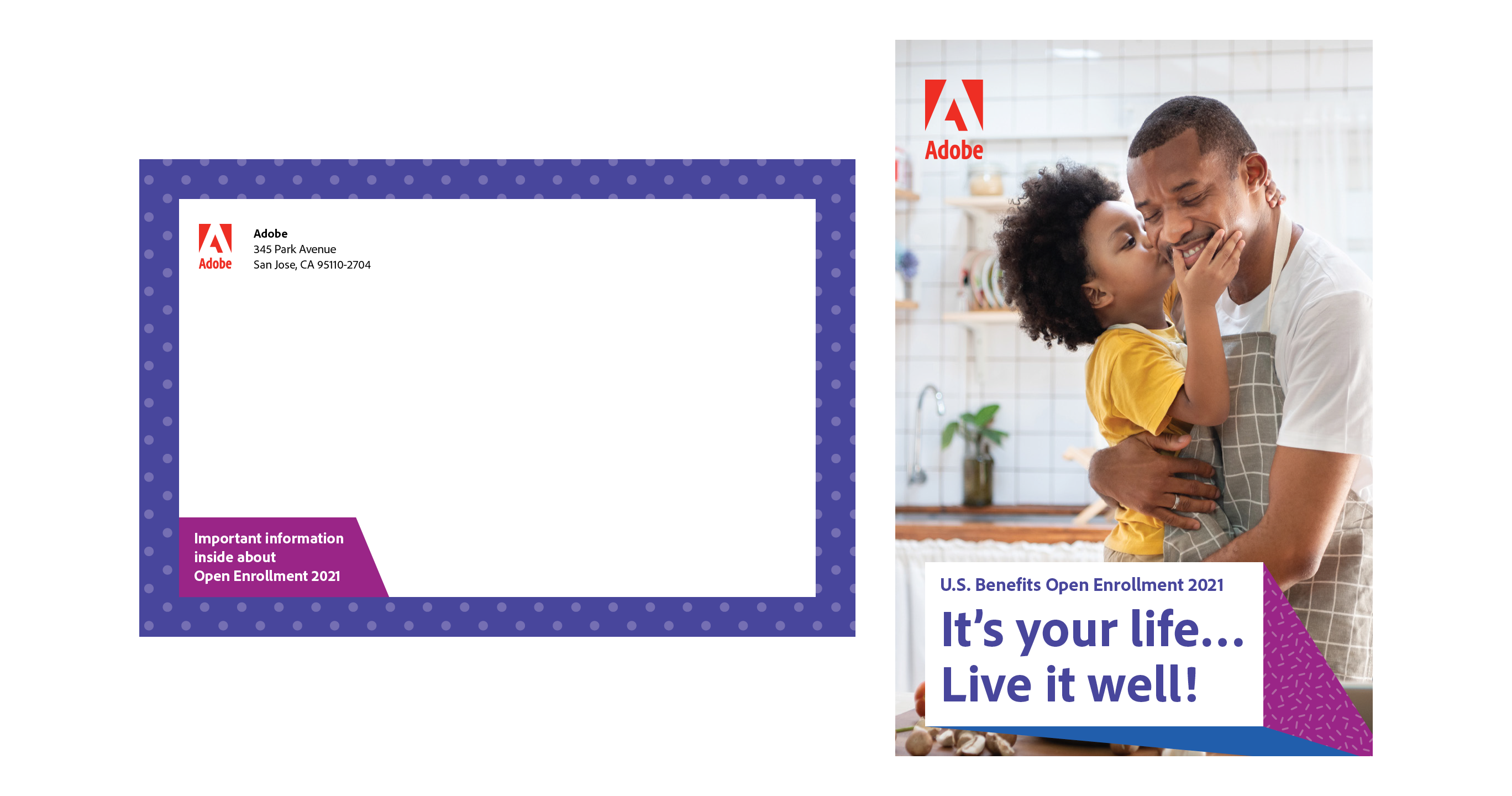 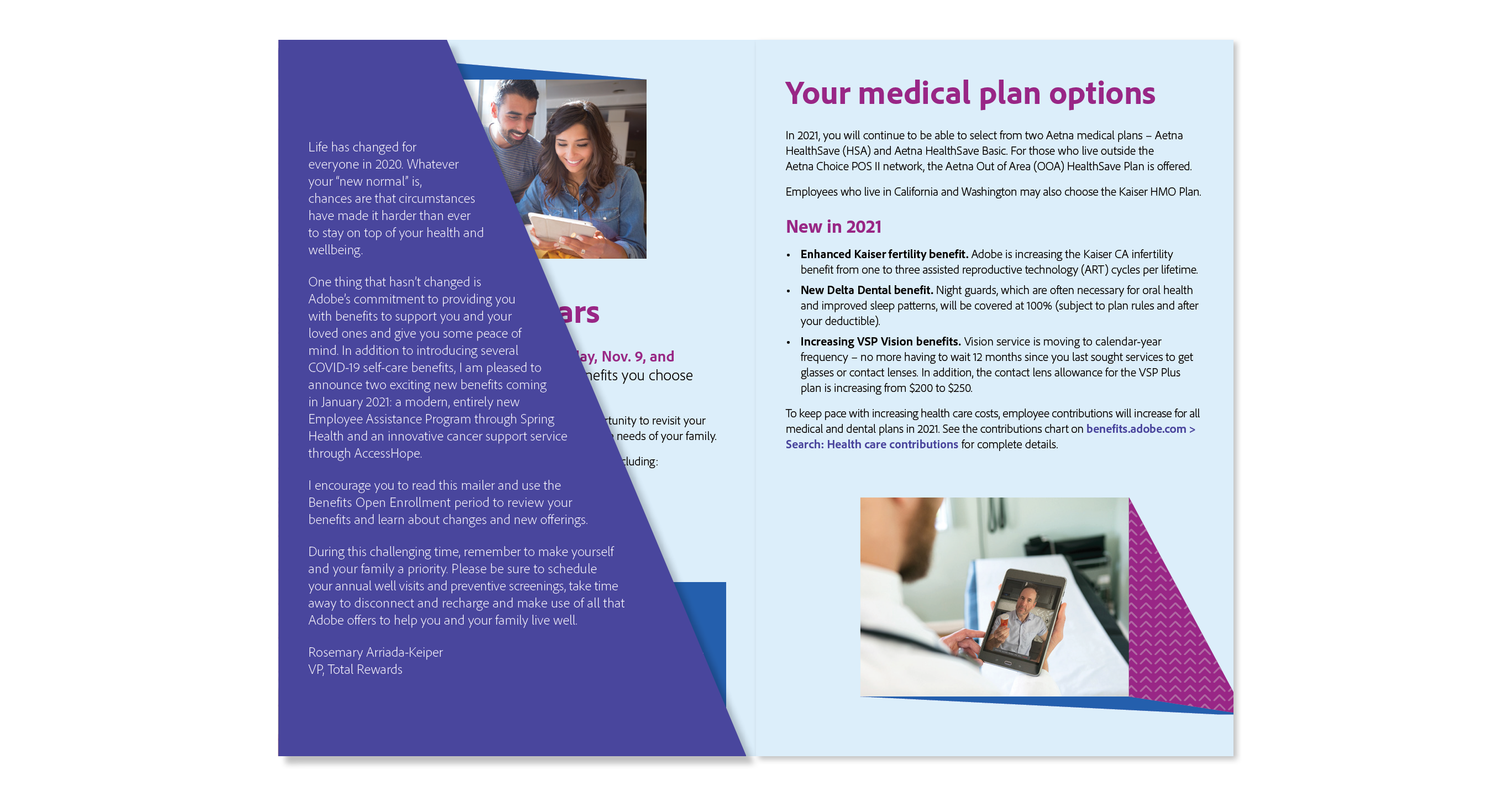 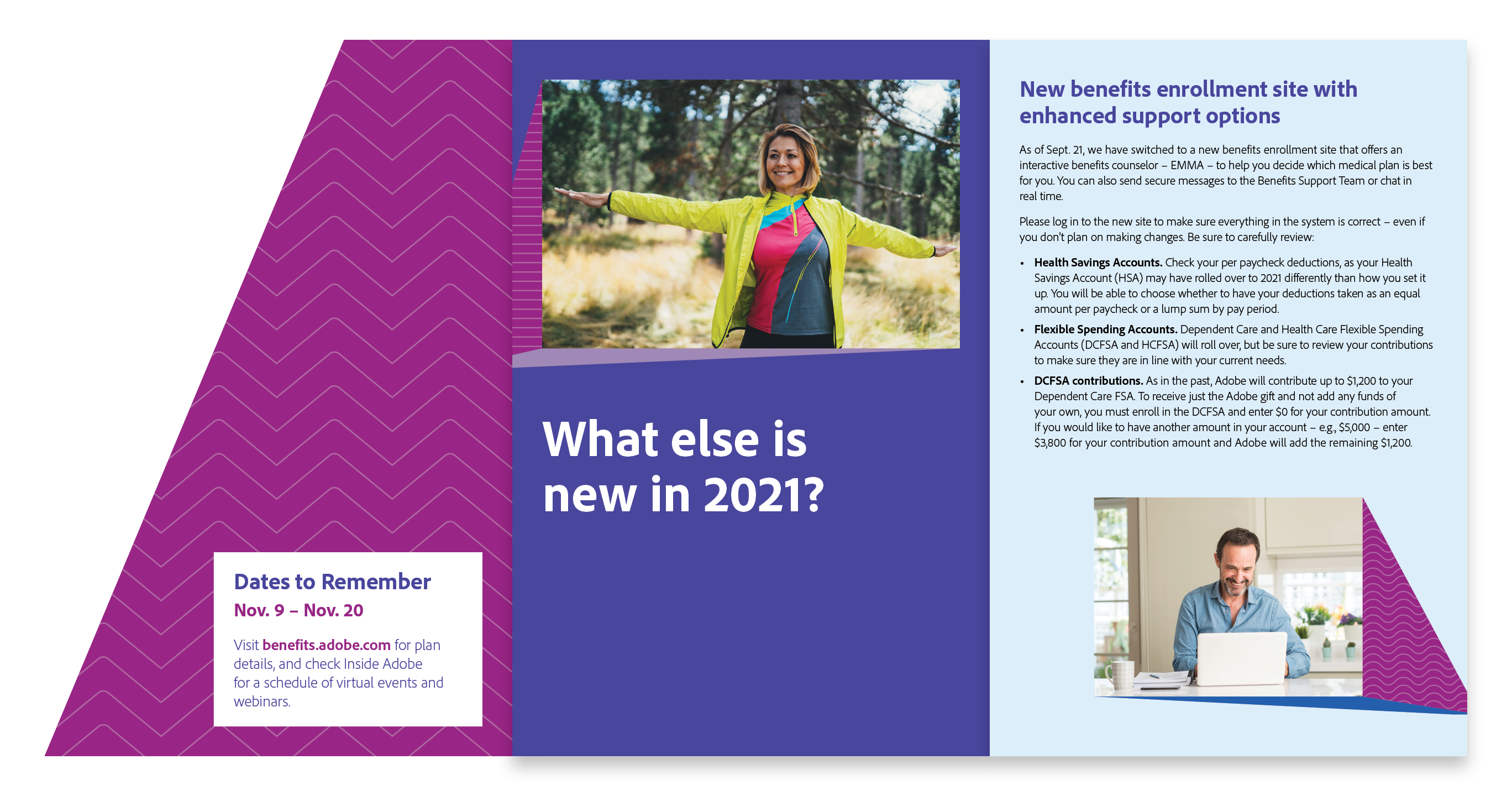 The team that made it happen

As a Senior Graphic Designer at ROI Communication, Mark Briggs creates and collaborates on the development of internal communications collateral for a variety of clients. Mark also provides strategic insight and produces design solutions for new business presentations. Before joining ROI in 2010, Mark spent more than 15 years working in a variety of design roles, including a role as a graphic designer for Joie de Vivre Hospitality. There, he helped establish brand standards and style guides, collaborated with the marketing and PR teams, and developed collateral, among other projects. When he’s not working with clients, Mark loves to cook, ride his bicycle and travel. 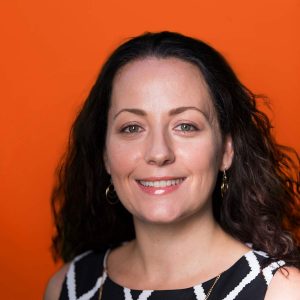 As a Senior Consultant at ROI Communication, Stacy Cintas brings over nine years of experience in marketing, communications strategy and tactical implementation to advise ROI clients. Stacy, who joined ROI Communication in 2011, spent the previous four years at Cisco Systems. A native Californian, Stacy earned a B.A. in Business Administration from the University of Hawaii. When she’s not working, she loves to run, practice yoga, and cook. Recently she completed the Susan G. Komen Breast Cancer 60-mile walk – a three-day endeavor she plans to repeat. 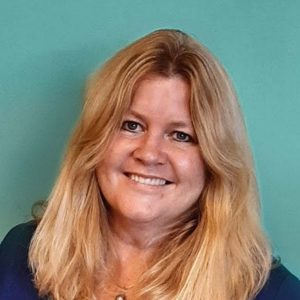 Kathy joined the ROI Communication team in 2019, bringing more than two decades of experience in corporate communications, change management, HR communications, branding, marketing, public relations, and corporate social responsibility. An insightful client counselor with great instincts, she has been a key player in communicating six CEO transitions and three major mergers and acquisitions – including the $110 billion merger of Pfizer and Warner-Lambert, the acquisition of Bayer Diagnostics by Siemens, and the merger of the PR consultancies Ketchum and Pleon. 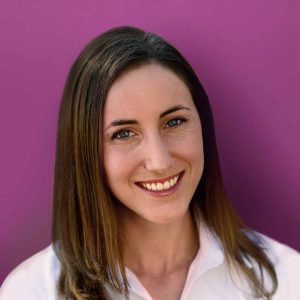 As a communications professional who spent years working in the housing industry, Jennie Ivory knows that how you communicate is as important as what you communicate – in good times and bad. "You have to have a plan to deal with the good and the bad. But either way, being open and honest is better than not communicating," Jennie said. "People need to know that management understands what’s going on, and management needs to know what employees are thinking and feeling, too." Before joining ROI Communication in 2009, Jennie managed internal communications and Corporate Social Responsibility initiatives on a divisional level for the Lennar Corporation, one of the nation’s largest homebuilders. During the real estate boom, she managed employee events and activities, published an internal newsletter and coordinated large-scale community outreach projects. 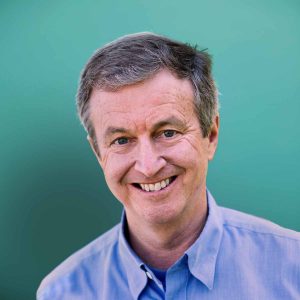 As a Vice President, and one of the original team members at ROI Communication, Michael Lynberg has worked extensively with executives and managers to create communication campaigns that engage, inform and inspire. His work includes employee and manager websites, newsletters, feature articles, video scripts, speeches, and executive messages and blogs. Michael is a writer whose intelligence, curiosity, empathy and humanity shine through his work. A graduate of UCLA and Harvard Divinity School, Michael is the author of eight books, including Make Each Day Your Masterpiece, The Gift of Giving, The Path with Heart and Winning: Great Coaches and Athletes Share Their Secrets of Success. His books have sold more than 500,000 copies around the world. 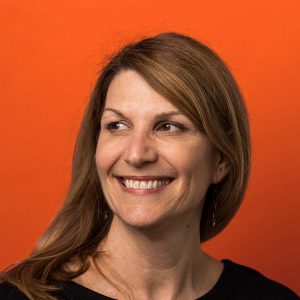 In the age of social media, Beth Miller Thiel believes that companies need good writing more than ever – in part because it’s relatively rare. “The most successful people and organizations articulate what they believe succinctly and clearly, then follow through,” she said. “I love to help leaders find those words and ways to connect with their teams, customers and communities.” A former journalist, Beth has served in senior corporate communication roles across Silicon Valley for more than 20 years, applying deep expertise in employee engagement, internal communication, digital marketing and public relations. She joined the ROI Communication team in 2018 from Plex Systems, where she served as Senior Director of Corporate Communications. 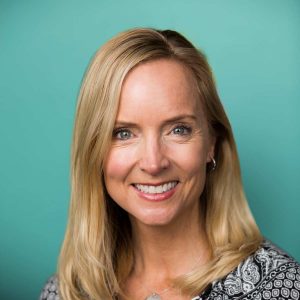 Linda Pederson, a Vice President at ROI Communication, is a communications professional with two decades of combined experience in internal communications, public relations and journalism. She focuses on designing executive, sales and change communication strategies that engage and inspire employees, enhance leadership credibility, and improve the bottom line. Some of her recent clients include Hewlett-Packard Enterprise, HP Inc., and Oracle. Prior to joining ROI in 2005, Linda created and managed global communication campaigns for a variety of companies in the high-tech, entertainment, political and real estate arenas. Past clients include Yahoo! Inc., Lucasfilm, Ltd., San Francisco Office of the Mayor and Bechtel Corporation. She received a B.A. in Communications from the University of California at San Diego. 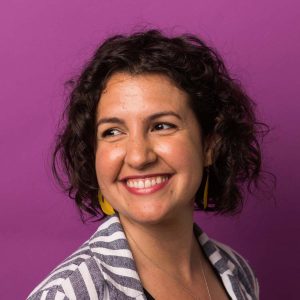 Adept at a wide range of design-related software packages, Denise’s skills include creative direction, visual and web design, front-end development, motion graphics, video editing, design strategy, product design, copywriting, storyboarding and branding. She is also fluent in English and Spanish, and proficient in Portuguese – languages she acquired from her parents and living abroad. 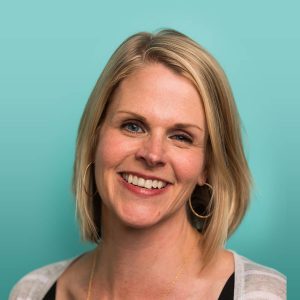 As Senior Vice President at ROI Communication, Janice Smith Collins brings expertise to ROI’s clients in employee engagement strategy, brand and culture, and change management. Janice, who joined ROI Communication in 2015, has served in communications and employee engagement roles for nearly two decades. Both as an executive and consultant, Janice advised CEOs, led teams and managed projects involving a wide range of initiatives, including communications strategy, change management, and program design and measurement. Janice earned a B.A. in English from Michigan State University and has pursued additional studies in strategic management at the University of California, San Diego.