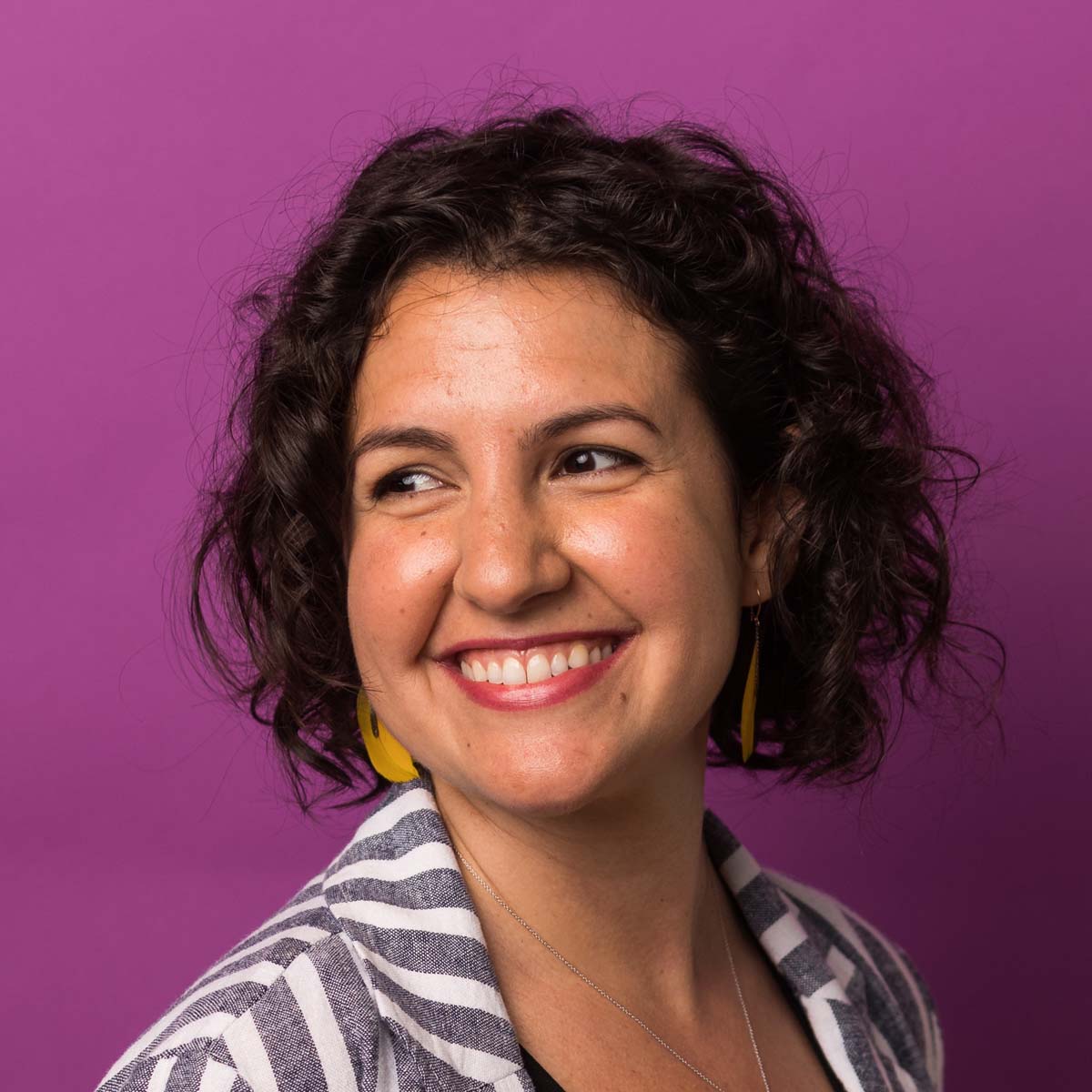 Denise once aspired to a career as a musician. As a consultant, she still strives to make every client’s campaign a hit.

While most people learn cursive with pencil and paper, Denise Rotman learned with shaving cream. And though decades have passed since then, that early sense of flow – how to communicate ideas with beauty – has never left her.

“Clients generally know what they want to achieve, but not always how to achieve it,” said Denise, who now serves as ROI Communication’s Creative Director. “I like coming up with solutions that are visually appealing and easy to understand, but also a little different.”

Adept at a wide range of design-related software packages, Denise’s skills include creative direction, visual and web design, front-end development, motion graphics, video editing, design strategy, product design, copywriting, storyboarding and branding. She is also fluent in English and Spanish, and proficient in Portuguese – languages she acquired from her parents and living abroad.

“Growing up in Mexico, Brazil, Argentina and the United States, I became very aware of the similarities people share, as well as certain differences in how we communicate,” Denise said. “As a result, I’m a good listener and observer. I try to never jump to conclusions.”

Denise joined the ROI team in 2016 from the Spark Creative Group in Boca Raton, where she served as the firm’s Creative Director and developed dynamic user interfaces, helped a toy company develop an ideation platform – a structured process to engage the public in creating and developing new products – and produced explanatory videos.

Earlier, as Creative Director at Grass Roots America – a performance improvement company – she focused on developing more effective rewards and recognition programs for major corporations. Prior to her tenure at Grass Roots America, Denise served as an On-Air Motion Designer and Chyron Artist for ION Television, where she created promotional graphics for NBC Universal, Warner Brothers, Sony and other clients.

A Northeastern University graduate with a BA in Communication Studies and Visual Arts, Denise also studied at the Studio Art Centers International in Florence, and the School of Visual Arts in New York. When she’s not working, Denise loves to cook, practice yoga, and play her guitar.