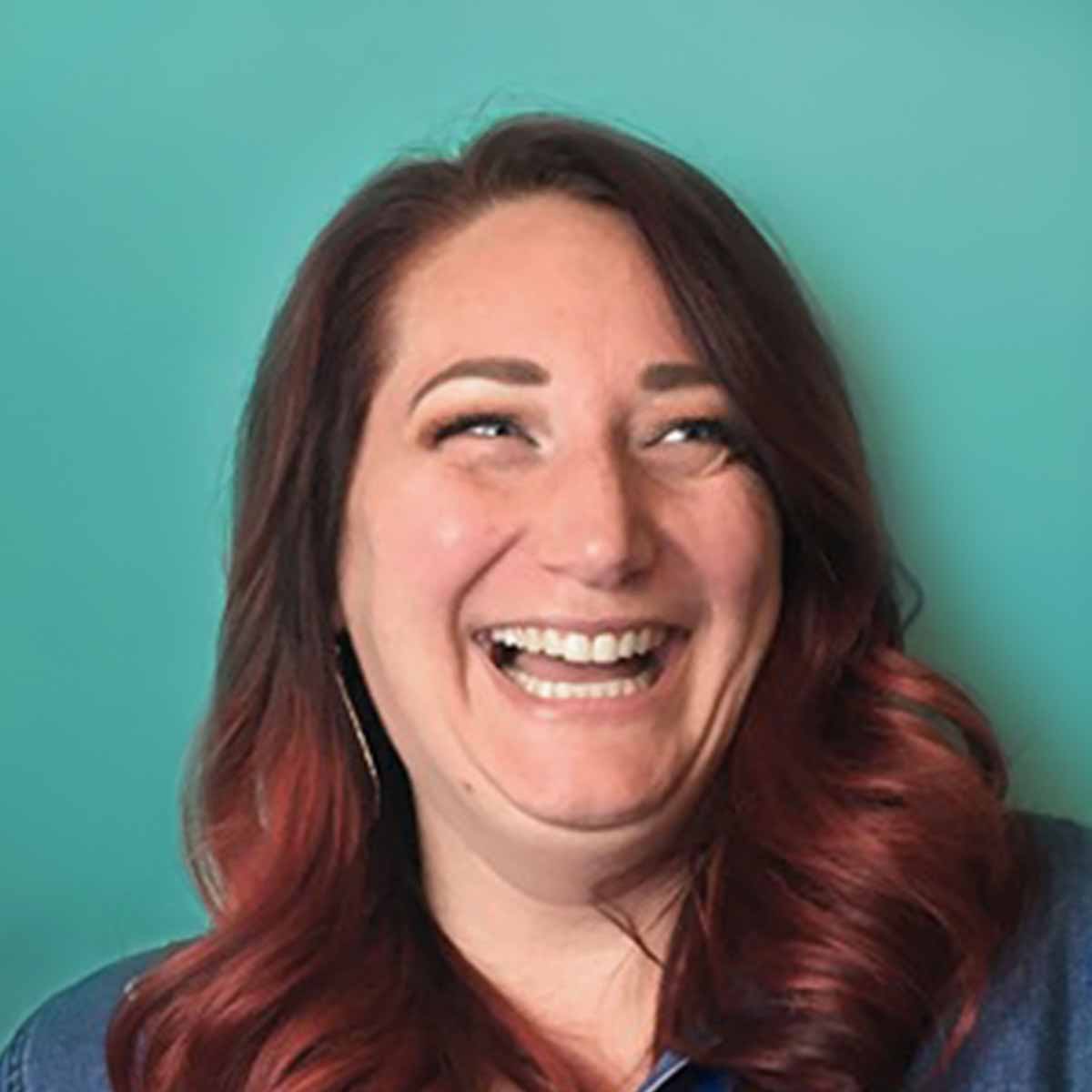 Julie was one of MINI’s top trouble-shooters nationwide. When it comes to problem-solving, she never gives up.

Whatever Julie Eufemi does, she does to perfection. When she decided to join a drum corps, she helped her team win a world championship. When she became an auto mechanic, she earned 100% customer satisfaction ratings for 15 years running. And even today, her backyard garden – despite too much shade – yields flawless pink dahlias.

“I like to put things into order and the sense of accomplishment that gives me,” said Julie, who helps run ROI’s office operations. “It’s important to do a job right.”

Julie’s path to ROI Communication was unconventional. After graduating from high school, college didn’t appeal. “I liked the idea of a uniform with my name on it,” she said. But since she had fainted dissecting a frog during biology, she ruled out becoming a veterinarian’s assistant. She also nixed cosmetology, because she “didn’t want to spend all day around catty girls.” She decided on auto mechanics, and got her driver’s license three days before her training program began. “All I knew was how to put gas into the car,” she said.

Julie was the only woman among nearly 200 trainees, and finished second in her class. Later, she became the sixth woman nationwide to complete the advanced BMW mechanic’s course. As a woman in a man’s world, though, the hazing she endured was tough. “One mechanic I worked with said he either wanted to make me so mad that I’d try to fight him like a man, or send me home crying every day,” she said. “I ended up working there four years, and eventually the guy learned to respect me.”

As the career took its toll, physically, Julie shifted into customer-facing and back office roles in the automotive industry, where she discovered the joys of accounting. “I like rules,” she said. “Everything in its place.” She traces her penchant for precision to her drum corps, where every step, movement, and angle was choreographed, practiced and perfected in coordination with her teammates.

When Julie’s not working, she enjoys gardening, her pets, going to the beach, spending time with her teenage daughter and serving as the pit crew for her husband, who races their MINI with total abandon.