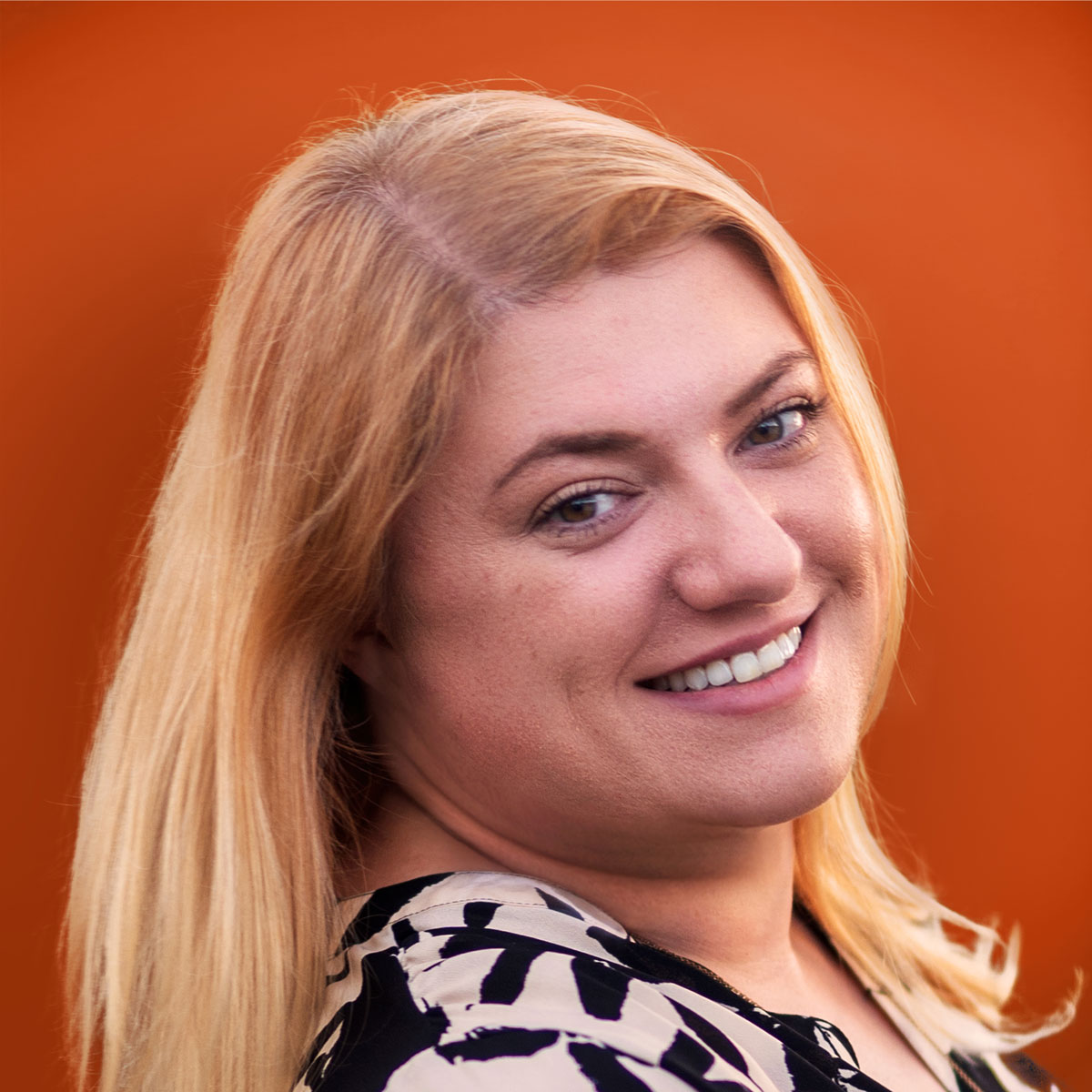 KareyAnne is a self-described “plant mom” who cares for nearly 100 houseplants. As a designer, she helps ROI clients grow their businesses organically.

When KareyAnne Hill-Peterson approaches a graphic design project, she always asks herself the same questions: what is the main idea? How can it be simplified? And how will audiences actually see, engage with and respond to the design itself?

Because for KareyAnne, a former optician, how people see something is not just a subjective question. “Having worked to fit hundreds of strangers with the right corrective lenses, I have a deep respect for people who have a lack of vision or color issues,” she said. “So as a designer, I favor simplicity, high contrasts and type that’s easy to read.”

KareyAnne joined the ROI Communication team after 15 years as a visual designer, most recently as a Senior Design Lead at Duarte, a communications design agency. In addition to her work on behalf of clients, she was responsible for managing and training Duarte’s team of more than 50 designers, with a special focus on maximizing their capabilities through advanced design software.

A graduate of De Anza College, KareyAnne has since earned software certifications in Photoshop, Illustrator, InDesign, Adobe XD, Sketch, Keynote, PowerPoint, Google Slides, After Effects and Premier Pro, among others. Despite her mastery of powerful software, though, she still considers herself a doodler at heart, and begins most projects with pencil and paper.

Earlier in her career, KareyAnne worked as a Visual Designer for 23andMe developing product illustrations, social media campaigns, mobile apps and websites; as a designer at Intel and Printed Union, developing branding and collateral; and as a content marketing specialist and multimedia designer at Power Knot, a global organic waste solutions company.

When she’s not helping clients, KareyAnne enjoys kayaking, singing karaoke, sewing and playing with her cat Jack, who knows how to high five.