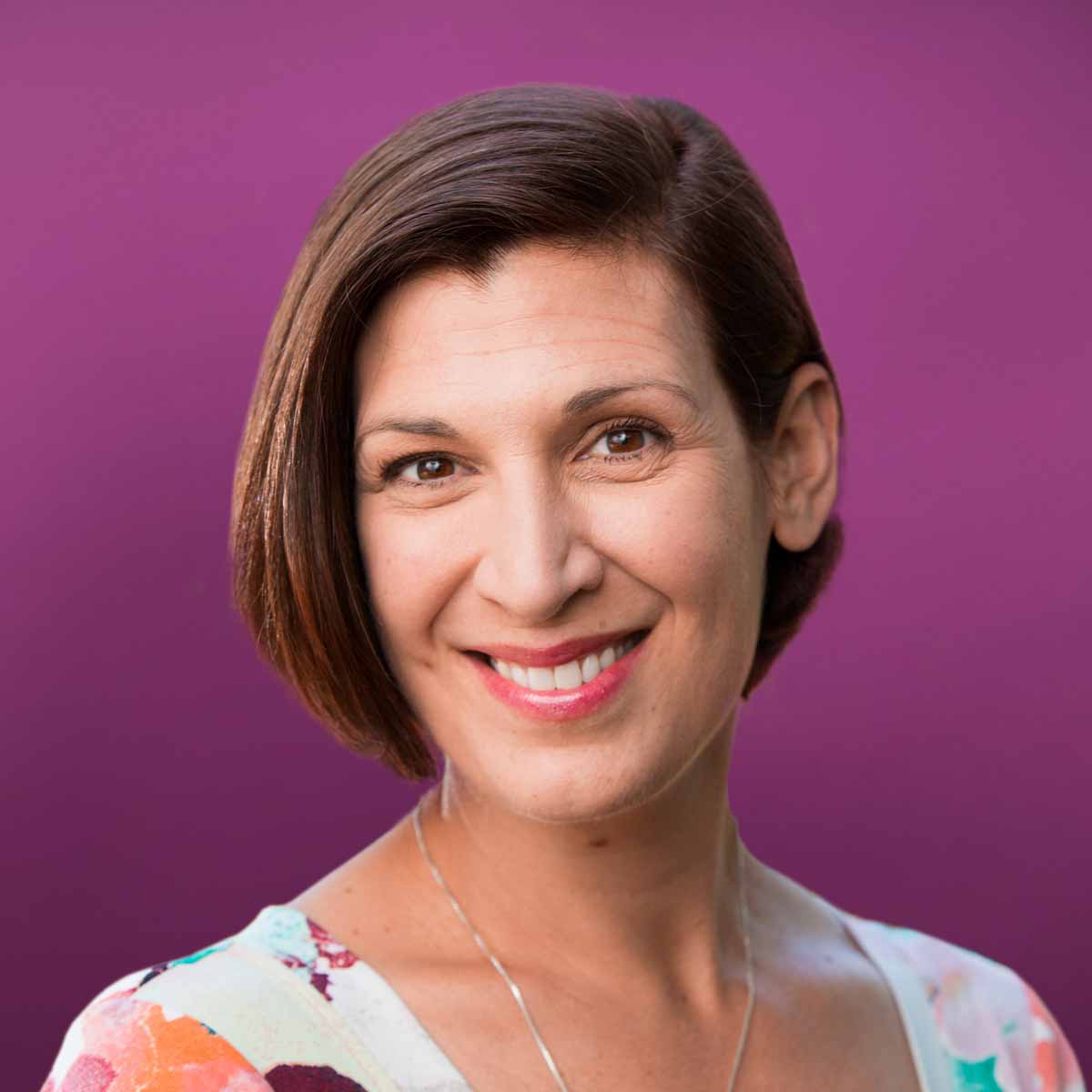 As a teenager at theater camp, Laura wrote a play that starred a fellow camper, an unknown actor named Neil Patrick Harris. She can make clients look like stars, too.

When work seems like a circus, Laura LeBleu just takes it in stride. After all, she began her career as a singing, stilt-walking ringmaster, so it takes a lot to throw her off balance. And as an award-winning writer and creative director for the past 15 years, that experience under the big top has proven remarkably relevant.

“The circus demands a killer work ethic, teaches you the importance of teamwork, and forces you to pay close attention to your audience,” Laura said. “I also learned to stay away from clowns.”

Laura, who began collaborating with the ROI Communication team in 2015, has a long record of achievement. As a producer and voiceover actor for Tech TV, she won two Emmys. Later, as Associate Creative Director for Beyond Interactive, she assembled and led teams that developed award-winning campaigns for diverse brands including Louis Vuitton, JetBlue, Nokia, Aleve, Cendant Hotels, 3M and Dow Corning.

In 2002, Laura launched her own company – Cheeky Monkey Copy – and spent more than a decade collaborating with a range of global agencies to help clients such as Red Bull, Chrysler, Unilever, Microsoft, Northrop Grumman, American Express, CVS, L’Oreal grab people’s attention and get their ideas across. Immediately prior to partnering with ROI, she spent several years as a Creative Director for Elance and oDesk, which have helped more than two million businesses connect with eight million freelancers around the world.

Throughout all this work, Laura has come to believe that “an image reinforced by words is the most powerful force in the universe. You have to pay attention to both, and ensure that they reinforce each other. Content is not separate from design.”

Laura has been an effective communicator all her life. Once, as a fifth grader, she wrote a poem so good that her teacher accused her of plagiarism. Soon persuaded otherwise, the teacher apologized. Embracing the experience as a challenge, Laura continued to hone her writing skills. Eventually, she graduated from New Mexico State University with a BA in Theater Arts, where she wrote and acted in many productions.

When Laura isn’t advising clients, she enjoys spending time with her husband and son, studying local history, competing in triathlons and running with her dog Xochitl, whom she rescued in Playa del Carmen, Mexico. She lives near Santa Cruz, California.