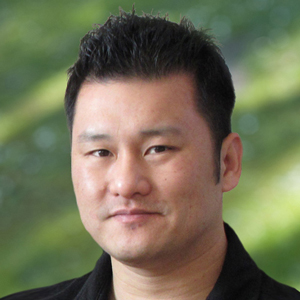 Steve is an accomplished archer and spends several hours every week practicing at an indoor range. “Archery is a very meditative process for me. I focus on form and on tuning out distractions. When I do this, the arrow flies where I want it.” As a designer, Steve helps ensure that ROI’s clients achieve their aims, too.

When Steve Nguyen confronts a complex design challenge, he’ll often ask a simple question: what would Steve Jobs do? Inevitably, asking the question spurs him to simplify his solution – an invaluable approach in web design and implementation.

“I like turning really complex requirements into really simple interfaces,” said Steve. “Ultimately, the interface is everything. If something isn’t intuitive, it doesn’t really work.” Not surprisingly, his standard for that is high; a truly intuitive interface, he said, should feel easy “to an 89-year-old grandmother who just started using the Internet.”

Steve’s focus on simplicity flows from his own hard-earned experience as a web-designer and developer, a field in which he has worked for more than 17 years at many Silicon Valley startups. “I’ve learned everything through trial by fire,” he said.

Steve, who joined ROI Communication in 2011, has strong design skills and the deep technical knowledge to translate those designs into highly functional websites and applications, both for the desktop and mobile devices.

A business graduate of Santa Clara University, Steve first entered the world of design through print projects. When the Web took off in the mid 1990s, he made the switch to the digital world.

“Design is hard-wired into my brain,” he said. “I’ve always been an observer of form and function.”