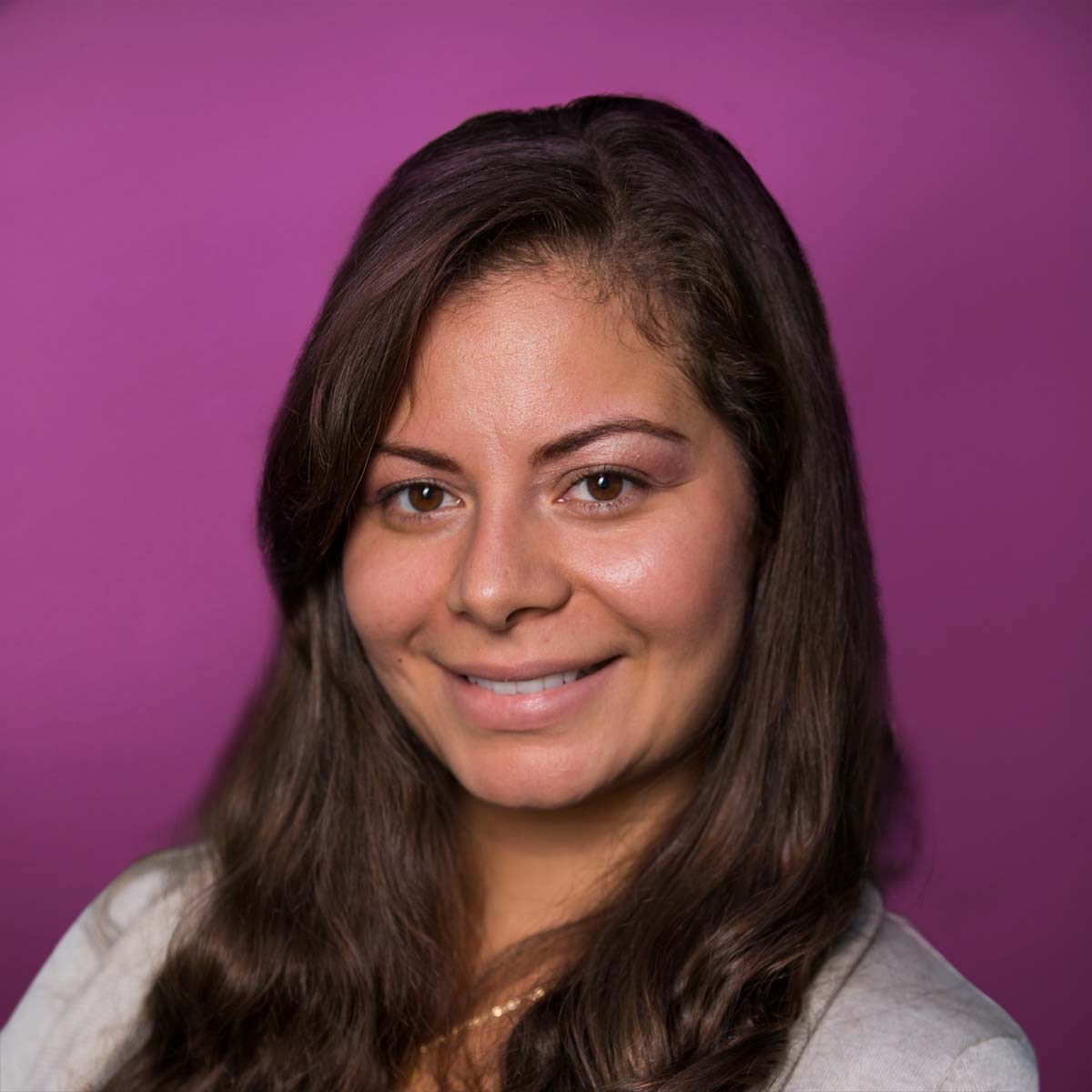 Diana is an excellent golfer. As a designer, she helps clients avoid the sand traps and reach their most ambitious goals.

As an Art Director, Diana Cortina has tackled hundreds of projects in her career – websites, logos, presentations, ads, newsletters and collateral. And while some projects were as ephemeral as their pixels, she vividly recalls one of her earliest designs: an owl she drew when she was 8 years old.

“I can still remember drawing the owl thinking: it should go on the bottom left of the page, so that I can put words to the right.” Those words? “I love you, Mom.”

That early awareness of layout was soon followed by a precocious consumption of design software; with an older brother who eventually became an art director, Diana was always years ahead of her peers in terms of computer skills. By the time she entered The Art Institute Of Philadelphia, from which she earned a BS in Visual Communications, she was already a master of many programs and languages and continues to learn more. Just a few of these include Adobe Photoshop, Illustrator, InDesign, Acroboat Pro, Flash, Web HTML 5, CSS3, PHP, Espresso, Slicy, Text Wrangler, Smultron and AutoCAD.

Diana joined the ROI team in 2015 from the TranAccel Group, where she served as a Visual Communications Lead for clients including the Navy Federal Credit Union, Aqua America, Celgene, Merck, Avaya, Covance, Purdue Pharmaceuticals, Warner Music and Guggenheim Financial. Earlier, she worked as a Creative Services Manager at Davis & Company, where she assisted Johnson & Johnson, Janssen Pharmaceuticals, Abbott, Merck, Wyeth, L’Oréal, Endo Pharmaceuticals, IKEA and PepsiCo, among other clients. She began her career at the North Jersey Media Group, designing magazine and newspaper layouts.

In a visual age, Diana has learned that good graphic design is essential to effective communication. “Visuals can communicate key messages. Colors and shapes are the first thing people remember,” she said. “Good design should capture someone’s attention and make them think.”

When she’s not helping clients, Diana enjoys working on her own creative projects, such as decorating cakes and refinishing furniture for the home she shares with her husband, young son, and dog. Fluent in Spanish, she lives in Northern New Jersey.