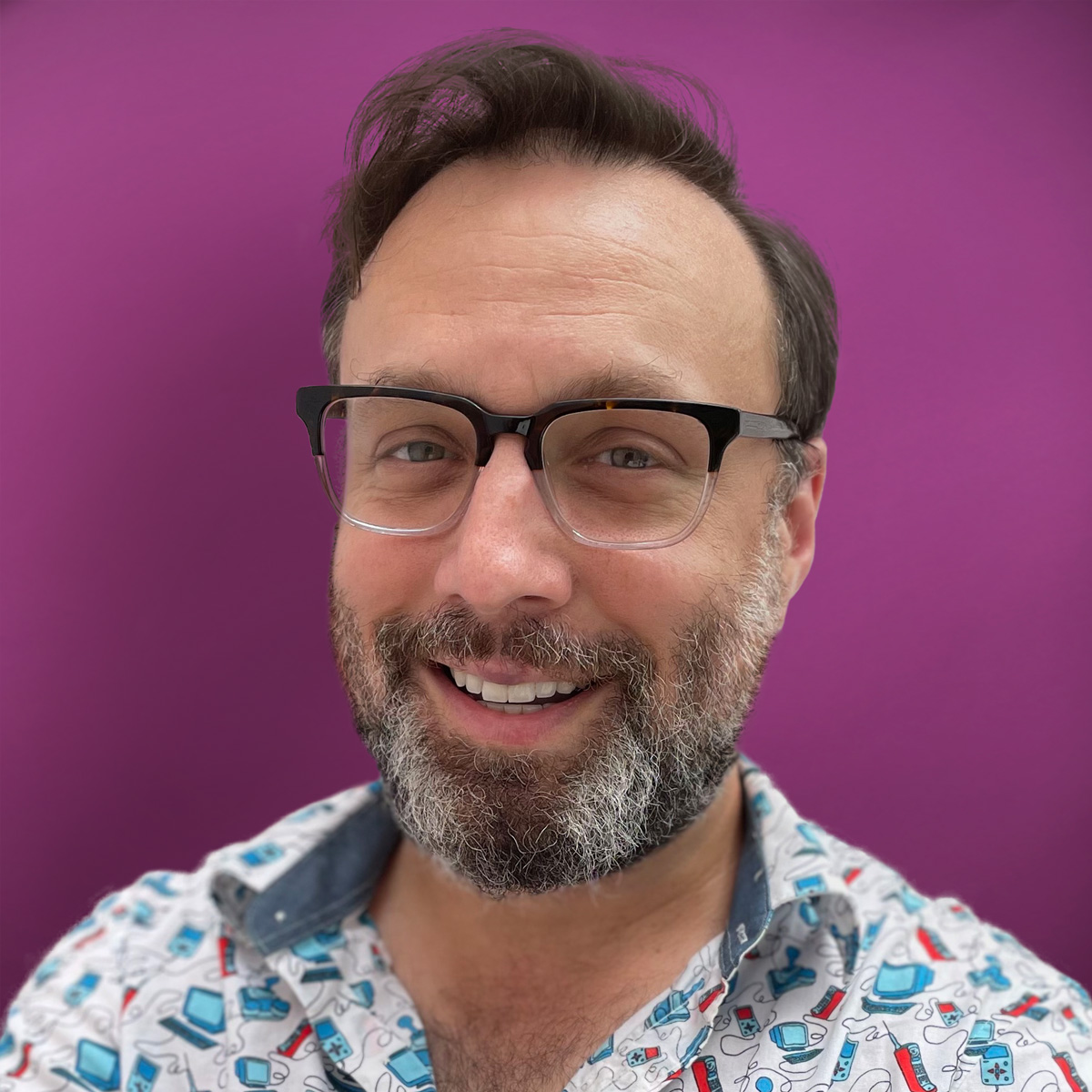 Jeff once directed a musical comedy written by William Peter Blatty, the Academy Award-winning creator of The Exorcist. “The show only ran a few performances,” he said. “But it was one hell of an experience.”

As a cartoonist, illustrator and former actor who studies illuminated manuscripts in his spare time, Jeff Lewonczyk isn’t your typical corporate communications strategist. But it’s that very creativity – and more than a dozen years in the field – that give him the chops to help his clients engage audiences effectively.

“Working in theater, I learned to convey ideas not just through words, but through actions, gestures, music, lighting, and visuals. I also learned that it’s impossible to achieve anything alone; you need a team, and to unite a team you have to build trust,” Jeff said. “All these lessons apply in corporate communications.”

Jeff, who advises ROI Communications clients on a range of communication challenges and initiatives, joined the ROI team after 13 years at Ketchum, the global communications firm. At Ketchum, he rose from a temp position to become Vice President of Creativity and Content for the company’s Corporate Communications division – a reflection not just of his creative talents, but his people skills and commitment to excellence.

While there, Jeff oversaw the company’s own internal communications, including its intranet, enterprise social media, monthly CEO broadcasts, and leadership communications with 2,500 employees around the globe. He also advised external clients on visual storytelling; produced Ketchum’s annual stage presentations at the Cannes Lions International Festival of Creativity; developed written and video content; served on the firm’s inaugural Diversity, Equity and Inclusion Advisory Board; and won the Spirit of Service Award for operational excellence.

Earlier in his career, Jeff coordinated day-to-day operations for an arts advocacy organization at Columbia University; managed business affairs for a classical and theatrical music business; and, along with his wife, founded and ran a theater company.

A graduate of Bard College with a BA in Drama, Jeff lives with his family in Brooklyn, a location that affords him easy access to New York’s museums, live music and other cultural resources.